Izzy May I: The Write Book Review

Posted by izzy-grabs-life on April 27, 2015 in Fiction Reviews, IZZY MAY I EVENT

First off, I’m so sorry for my inconsistency lately. I want to say LIFE, MAN, LIFE — but no excuses. I’m going to catch up on every post, comment, response post, and award I’ve been honored to receive. Expect appreciation posts throughout the week; no, this isn’t the guilt talking. You deserve it. 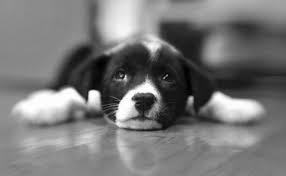 Second, here’s my review, as promised. I have to start somewhere, right? 🙂

I usually analyze books in conversations with my family and friends, or in my mind, so writing this kind of post is new to me. If you have yet to read April’s YA psychological suspense, don’t worry, I won’t spoil anything beyond the blurb. (Btw, if you’re wondering why I keep bringing up this book, check out last week’s The Write Playlist).

The title sparked my interest right away. It made me wonder: Who’s the girl? Who took her? Why? Will she escape?

The two cover designs touch on elements of suspense: A girl covering her face, her nail polish scuffed up — and — a red background covered in yellow crime scene tape with the bold, black repetition of GIRL STOLEN.

BLURB (My own words)

Sixteen-year-old Cheyenne Wilder, sick with pneumonia, stays in the car to sleep while her stepmom goes into the pharmacy. When the car starts back up, she knows the person behind the wheel isn’t her stepmom. Cheyenne might be blind, but she smells cigarettes — and the person’s breathing too fast, too harsh.

Griffin had only meant to jack the Escalade, not kidnap a girl. But once the evening news spews out that Cheyenne’s father is the president of a powerful corporation, there’s a reason to keep her. Or so says his own father.

The story starts right in the midst of Cheyenne being stolen while she lies under a blanket in the backseat.

I often read advice about starting a story in the middle of the action. While that may grab my attention, it won’t hold for long if I don’t care about the characters. I want to care about them and understand enough of the stakes before things explode or implode. There needs to be a build up or a strong display of emotion.

Even though April began Cheyenne’s story when her car was jacked, she let readers get adjusted to the situation and acquainted to the sixteen-year-old by putting her in a vulnerable state (from the pneumonia). It took a moment for the sick teen to grasp what was happening. All the while, the dramatic irony and inductive reasoning gripped me.

By the end of the first chapter, which is short, readers know two major points:

1. Cheyenne is blind and sick.

2. The unintentional kidnapper (Griffin) is just as shocked and horrified by the predicament.

Btw, we’re officially introduced to Griffin, the car thief, in the second chapter. He’s a high-school dropout with a troubled background who questions his crooked life as much as he takes pride in it (Self-preservation?). Since the kidnapping wasn’t planned, Griffin and his dad play it by ear.

The story progresses as April blends conflict and drama and stacks the odds against each character. One thing to make clear is Cheyenne’s blindness wasn’t a gimmick for the plot, or at least not to me. I believe April meant for Cheyenne to be real. She’s a girl who happens to be blind, too. Person-first language, just like with the book’s title (Girl, Stolen). Makes me wonder if April had done that on purpose. I’ll have to ask her one day.

THINGS THAT WERE GOOD, BUT NOT GREAT

The tension and nervousness mounted as I got closer and closer to the end. A great thing, but I wanted more. It wasn’t enough to just rely on the situational horror of being taken by strangers, which is more objective than subjective. I also remained hopeful the whole way through when I would’ve liked to feel hopeless every now and then. That might sound crazy, but it’s true. Don’t get me wrong. I love how April took a realistic approach — I wasn’t suspending my disbelief the whole time — but I wanted more danger and unpredictable twists and turns. I wanted the story to burst at the seams with grit and wreak havoc on my mind and Cheyenne’s.

They’re short paragraphs, but these dumps in the dialogue or narrative came off stilted. It was during these occurrences that April’s writing seemed too simplistic, because she explained things out-right instead of trusting the reader to infer them (or look it up for themselves).

At times, I felt detached from the third-person narration. This ties back to the psychological aspect. I wanted April to dig deeper into these characters and storylines. More intensity, expression, and depth of content. I don’t want to spoil, so I’ll just leave it at that.

I appreciate the way April unfolds the story. Also, I can tell she did extensive and hands-on research concerning blindness and kidnappings. In fact, April was inspired by a real kidnapping that’d happened in the same way as Cheyenne’s, except the girl — who is blind — was forced out the car about three blocks away from the abduction site. For more information, click here (2005 Heather Wilson carjacking).

Girl, Stolen is a short read (215 pages on Kindle), with strengths and weaknesses, but it packs a punch worth experiencing. I give it a B+. If you’ve read it, what do you think?

– Finalist for the Iowa Teen Award

– Chosen for One Book, One Community in Olney, Illinois

– Chosen as a Cafe Book in Fredericksburg, Spotsylvania and Stafford schools and the Central Rappahannock Regional Library in Virigina

– Rights sold in the United Kingdom

April Henry is the New York Times-bestselling author of over a dozen mysteries and thrillers for teens and adults. She lives in Portland, Oregon, with her family.

For now, here’s the link to her blog: http://www.aprilhenrymysteries.com/bio.html

← Follow Me Down (Flash Fiction)
Tuesday Mashup of Thanksgiving →

6 comments on “Izzy May I: The Write Book Review”