Posted by izzy-grabs-life on April 4, 2015 in Challenges, Writing

Evvi stared at her brother’s body down below. Laughter rippled through her. Why was he lying there like that? Legs weren’t supposed to bend that way. Her vision blurred.

A gust of wind whipped her hair into her wet face.

Turner pulled her from the ledge. “Rodney wouldn’t tell me the truth. You were gone, and he was to blame — that’s all I knew.”

Quivering with rage, she jerked away from him. “You had no right. H-He betrayed me, not you. He was mine.” She punched him.

He flailed his arms and teetered on the edge.

Her mind flashed to her brother’s splattered body. Gasping, she yanked Turner back into the room and stumbled to the floor.

Everyone was stunned into silence.

Her breathing was uneven. Blood rushed to her head. So much blood.

Turner slammed the door shut and towered over her. “You’re trying to kill me? Me?”

So much blood down there on that sidewalk. Her brother’s blood. Her blood. Because of him! She should’ve let him fall.

Evvi stood and backed away from Turner, afraid of how much she wanted to kill him.

Angry murmurs filled the room. All eyes were on her, questioning, judging. She bumped against the crowd, who shoved her down at Turner’s feet.

His eyes bore into her. “Give me a gun!”

Evvi curled her toes. He was just trying to scare her. He would fight the urge to hurt her just like she had done for him. He wouldn’t 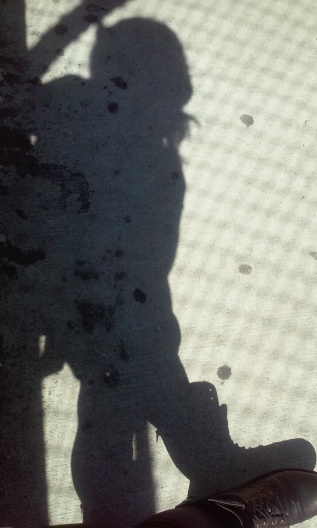 Her screams deafened her. She watched in sick fascination as blood trickled out of the wound in her shoulder. That bastard shot her. He really shot her.

Her senses reeled as the crowd jeered. Did they torture her brother like this before throwing him from the building? Did he scream, too?

Turner crouched in front of her. “I’m very disappointed in you. We should be celebrating, but look what you’ve done.”

They took her to the infirmary. Then Turner tucked her into bed.

“I forgive you,” he whispered before kissing her. He’d never done that in public before.

She should’ve hightailed it out of there the first chance she got. But she didn’t. Why? She couldn’t answer that. Still, she found herself at the train station near that stupid lake more often than she’d like to admit.

Her gaze followed those getting on and never looking back. Maybe today was the day. Maybe tomorrow.

She sighed and turned around, only to come face-to-face with Detective Parker.

Sonya nominated me for the Five Photos, Five Stories Challenge — I’ll continue to thank her ever so kindly! If anyone hasn’t read her stories, you’re missing out. While she completed her series, this is my final entry (click here for part 1, part 2, part 3, and part 4). Also, check out Ella aka Jumbleskine’s fourth entry, Jessica’s fourth entry, and keep a look out for stories from Stomperdad and Victoria.

The Five Photos, Five Stories Challenge rules require you to . . .

Today, I nominate Ameena who’s kept me on the edge of my seat with her Blackout series!